Timeline: How The U.S. Came To Strike And Kill A Top Iranian General 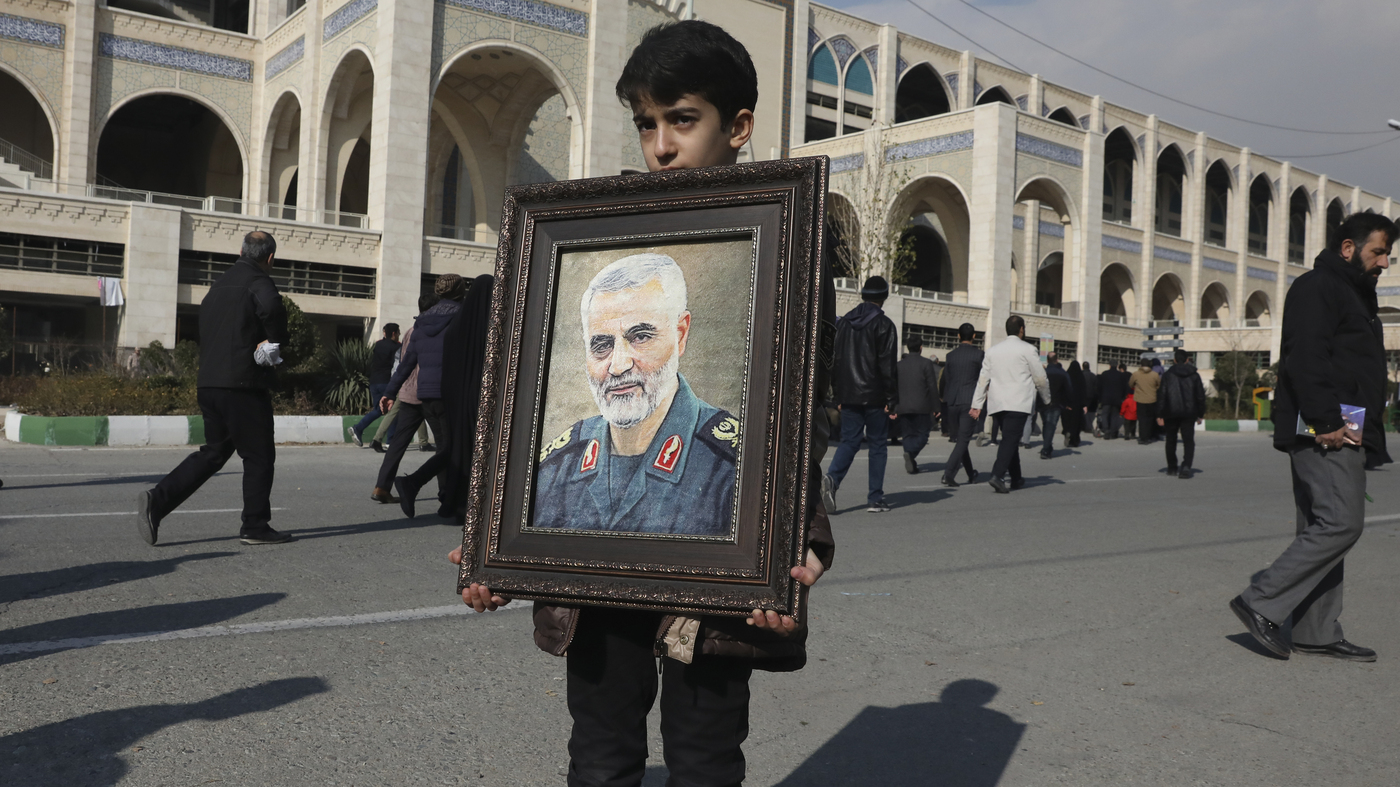 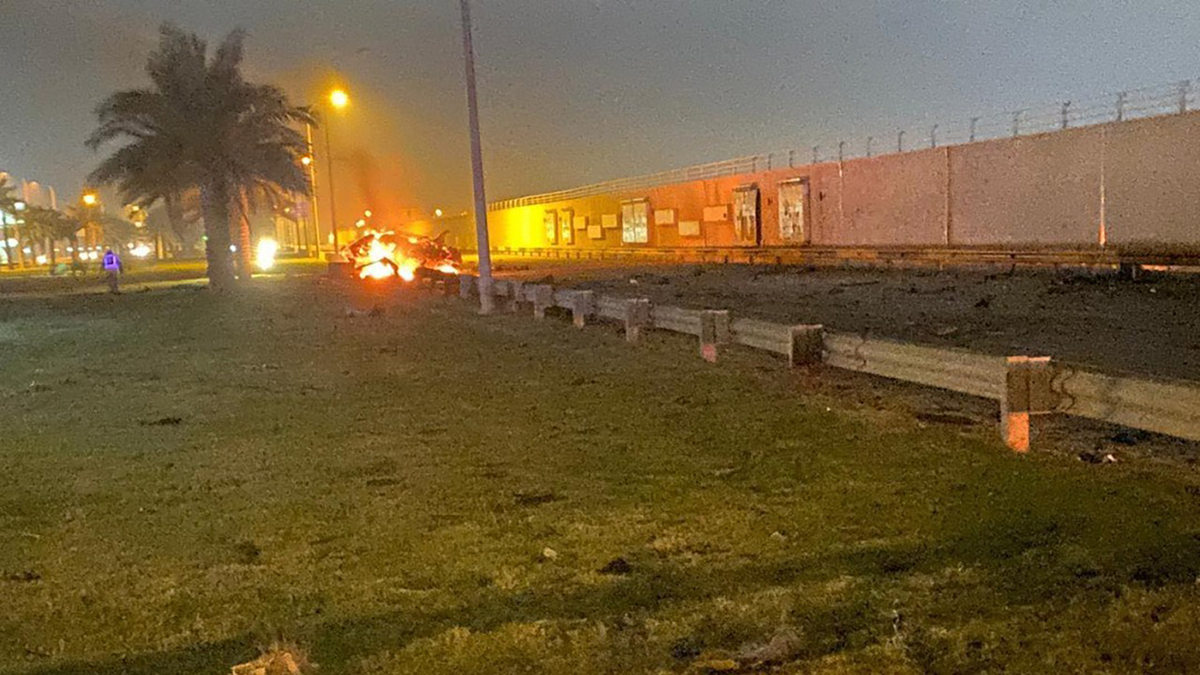 President Trump ordered an airstrike on Thursday evening that killed the Iranian General Qassem Soleimani in Baghdad, a man he said was “plotting imminent and sinister attacks” against Americans in the region.

Soleimani was the leader of the Quds Force, a covert section of the Islamic Revolutionary Guard Corps. The White House says he was the mastermind behind attacks on Americans during the past two decades — including two recent attacks.

Trump said Friday he was not seeking regime change, but ordered the attack to protect Americans. “Under my leadership, America’s policy is unambiguous: To terrorists who harm or intend to harm any American, we will find you; we will eliminate you,” he said.

The White House has kept a close hold on many details of what led up to the decision to kill Soleimani. Here’s what is known from public accounts.

Militia group Kataib Hezbollah attacks the K1 military base near the Iraqi city of Kirkuk with rockets, killing an American contractor and wounding several American and Iraqi personnel. Kataib Hezbollah has ties to Iran. It has denied orchestrating the attack. 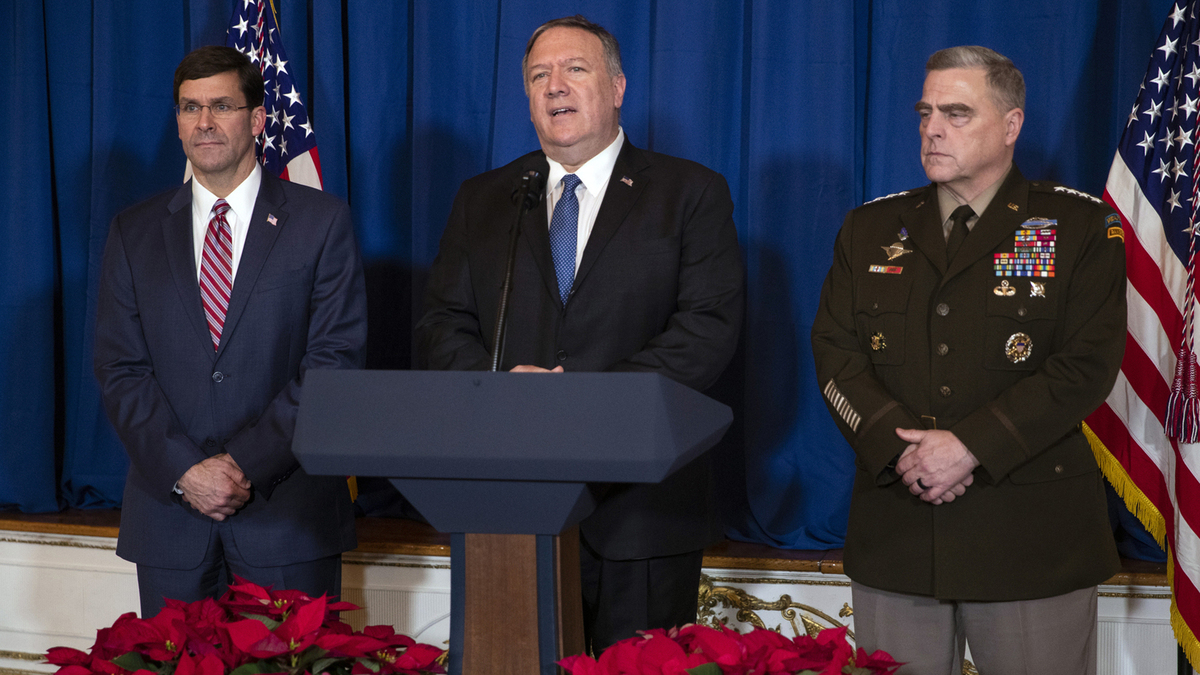 From Florida, Trump responds with an order for airstrikes in sections of Iraq and Syria where members of the militia group were reportedly located.

On Tuesday morning, Iraqi supporters of Kataib Hezbollah begin storming the U.S. embassy in Baghdad. The violence escalates, with militia members attempting to enter the embassy, starting fires and damaging the outside and a reception area of the embassy.

Trump has a meeting on the issue at his golf course, and speaks with the Iraqi prime minister. White House Press Secretary Stephanie Grisham says Trump is getting regular updates. “As the president said, Iran is orchestrating this attack and they will be held fully responsible,” she said. “It will be the president’s choice how and when we respond to their escalation.”

Sen. Lindsey Graham, R-S.C., said he met with Trump about the situation.

Esper announces the U.S. will deploy an infantry battalion from the 82nd Airborne Division to the U.S. Central Command area. The decision is described as a precaution; about 750 soldiers at first and additional troops over the next several days.

Later that night, Trump speaks to reporters before attending a New Year’s Eve gala and is asked if he foresees going to war with Iran. “Do I want to? No. I want to have peace. I like peace,” Trump told reporters. “And Iran should want peace more than anybody. So I don’t see that happening.”

The secretary of state cancels his planned trip to Ukraine and four additional countries. He speaks with Israeli Prime Minister Benjamin Netanyahu, among other regional leaders.

Esper gives a statement emphasizing that the U.S. “will not accept continued attacks against our personnel & forces in the region.” He also sends a message to U.S. allies to “stand together” against Iran.

Esper and Milley hold a press gaggle. Esper says there are some signs Iran may be planning additional attacks and delivers a warning. “If that happens, then we will act, and by the way, if we get word of attacks or some type of indication, we will take preemptive action, as well to protect American forces, to protect American lives.”

“So the game has changed and we’re prepared to do what is necessary to defend our personnel, and our interests and our partners in the region.”

Later that night, there are reports of a strike near the Baghdad airport — and early reports Soleimani was killed.

Eventually, the Pentagon confirms the events, writing that Soleimani was “actively developing plans to attack American diplomats and service members in Iraq and throughout the region.”

The statement also said Soleimani had orchestrated attacks on bases and approved the attack on the embassy, adding, “this strike was aimed at deterring future Iranian attack plans.”

A boy in Tehran carries a portrait of Gen. Qassem Soleimani, who was killed in the U.S. airstrike in Iraq. Vahid Salemi/AP 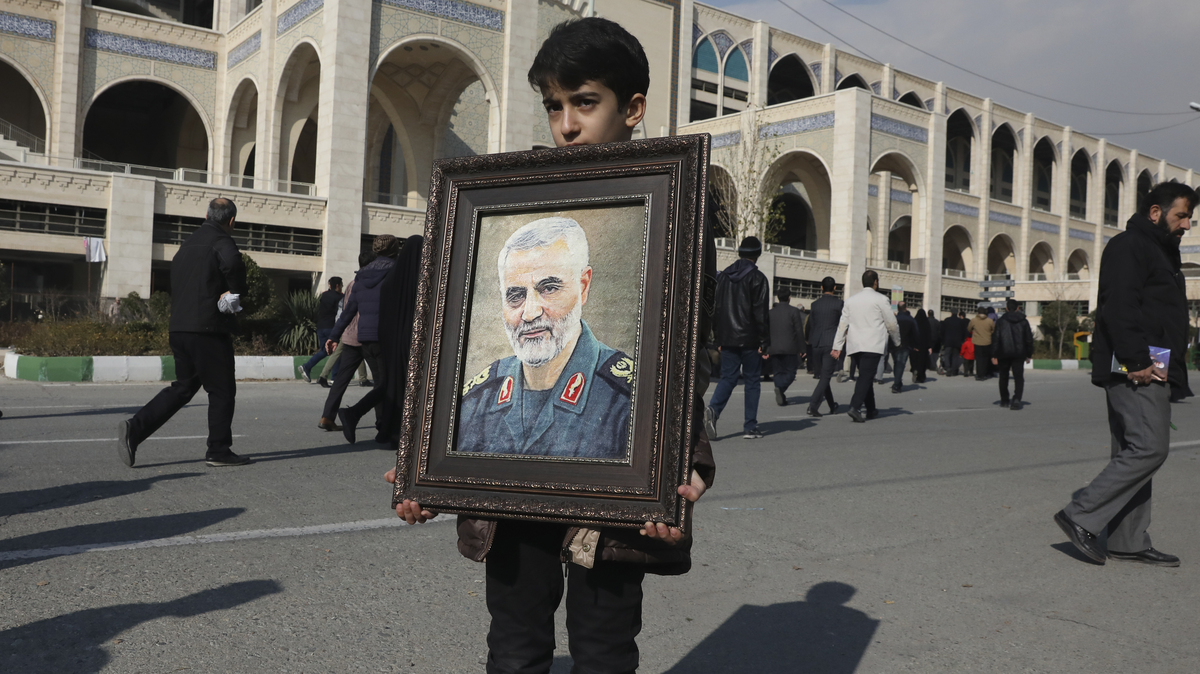 A boy in Tehran carries a portrait of Gen. Qassem Soleimani, who was killed in the U.S. airstrike in Iraq.

Trump first addresses Soleimani’s killing by tweet, saying the general had been “plotting to kill many more” Americans.

Later, he speaks to reporters, defending his decision to order the killing of Soleimani. “If Americans anywhere are threatened, we have all of those targets already fully identified, and I am ready and prepared to take whatever action is necessary. And that, in particular, refers to Iran.”

Big questions remain, including how Iran could retaliate and what Trump’s broader plan is in the Middle East. Read more on that here, from NPR’s Phil Ewing.