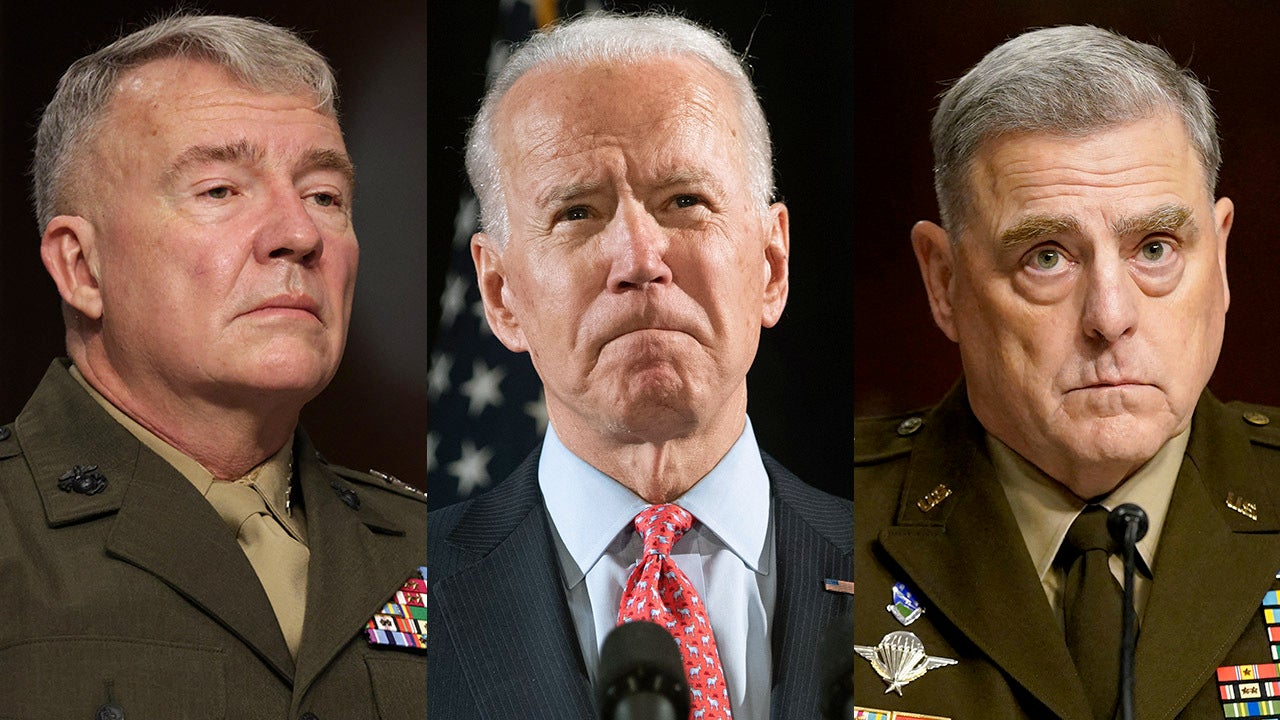 Top military officials on Tuesday testified that they assessed that the U.S. should maintain a presence of at least 2,500 troops in Afghanistan, with Defense Secretary Lloyd Austin admitting that their input was “received” by President Biden, despite Biden’s claims to the contrary.

McKenzie and Milley both testified that they recommended maintaining a presence of U.S. troops in Afghanistan.

McKenzie said he made a similar recommendation in the fall of 2020 under the Trump administration, which also had intentions to withdraw all U.S. troops from Afghanistan, saying, at the time, he recommended the U.S. maintain at least 4,000 troops.

“I also have a view that the withdrawal of those forces would lead inevitably to the collapse of the Afghan military forces and eventually the Afghan government,” McKenzie testified.

Milley was also pressed on the matter, saying that while he would not share his “personal” recommendations made to the president, his assessment was, “back in the fall of 2020, and remained consistent throughout, that we should keep a steady state of 2,500 and it could bounce up to 3,500, maybe, something like that, in order to move toward a negotiated solution.”

Biden and White House officials have said repeatedly that no military leaders advised him to leave a small military presence behind, with the president, himself, telling ABC News in August that “no one” recommended a 2,500 troop presence that he could “recall.”

Austin was asked whether the president received the personal recommendations from his top military advisers like Milley and McKenzie.

White House press secretary Jen Psaki tweeted during the hearing in response to their testimony: “As @POTUS told ABC, ending the war in Afghanistan was in our national interest. He said advice was split, but consensus of top military advisors was 2500 troops staying meant escalation due to deal by the previous admin.”

“@SecDef, the Chairman, and GEN McKenzie all reiterated,” she added.

The hearing comes nearly a month after the Biden administration, on Aug. 31, withdrew all U.S. military assets from the region after having a presence there for 20 years following the attacks on Sept. 11, 2001. An Aug. 26 suicide bombing took the lives of 13 U.S. service members – including 11 Marines, one Navy sailor and one Army soldier. Eighteen other U.S. service members were wounded. The bombing also left more than 150 civilians dead.

PENTAGON: ‘POSSIBLE’ US WILL WORK WITH TALIBAN AGAINST ISIS-K

In his opening statement, Austin explained that “noncombatant evacuations” are among “the most challenging” of military operations, even under the best of circumstances.

“Circumstances in August were anything but ideal – extreme heat, a landlocked country, no government, a highly dynamic situation on the ground, and an active, credible and lethal terrorist threat,” Austin said. “In the span of just two days, from the 13th to the 15th of August, we went from working alongside a democratically-elected longtime partner government, to coordinating, warily, with a longtime enemy.”

Austin acknowledged that the U.S. killed 10 civilians in an Aug. 29 drone strike that was initially touted as a strike against ISIS-K operatives.

The drone strike, which was intended to target ISIS-K operatives, resulted in the deaths of an aid worker and up to nine of his family members, including seven children. According to U.S. officials, the strike on the vehicle, formerly believed to have been a threat that included bombs and was operated by ISIS-K militants, took place after the suicide bombing that killed 13 U.S. service members.

Prior to the Pentagon’s admission, Milley defended the strike as “righteous,” but later described it as a “horrible tragedy of war,” and said the Pentagon is “committed to being fully transparent about this incident.”

But administration officials admitted to leaving more than 100 American citizens behind. Administration officials, though, said their mission in Afghanistan had shifted from a military mission to a diplomatic one, with some saying they were working with the Taliban to ensure safe passage for those Americans and U.S. visa holders, as well as some Afghan allies, to evacuate the country.

But Austin defended the mission, saying “nothing like this has ever been done before, and no other military in the world could have pulled it off.”

Since the withdrawal, Austin and other top military officials have admitted that without troops on the ground in Afghanistan it will “no question” be “more difficult” to identify and counter terror threats from the region.

Austin said officials are “committed to making sure that threats are not allowed to develop … that could create significant challenges for us in the homeland.”

And earlier this month, Austin said it is “possible” that the U.S. will work with the Taliban against ISIS-K in Afghanistan.

The allegations, made public earlier this month, said Milley made two secret phone calls, both to his Chinese counterpart, Gen. Li Zuocheng of the People’s Liberation Army, during the Trump administration. The book alleges that the phone calls took place prior to the 2020 presidential election, on Oct. 30, 2020, and then two days after the Jan. 6 Capitol riot, on Jan. 8, 2021.

“My loyalty to this nation, its people and the Constitution hasn’t changed and will never change,” Milley said Tuesday. “As long as I have a breath to give, my loyalty is absolute and I will not turn my back on the fallen. With respect to the Chinese calls, I routinely communicated with my counterpart, Gen. Li, with the knowledge and coordination of civilian oversight.”

The book claims Milley contacted Li after he had reviewed intelligence that suggested Chinese officials believed the United States was planning an attack on China amid military exercises in the South China Sea. The authors of the book also claim Milley contacted Li a second time to reassure him that the U.S. would not make any type of advances or attack China in any form.

Milley explained that the calls, which took place on Oct. 30, 2020, and Jan. 8, were “coordinated before and after” with Defense Secretary Mark Esper and acting Defense Secretary Christopher Miller’s staffs, as well as the interagency.

Since the revelations, Milley has faced calls to resign. But President Biden has said he has full confidence in the chairman of the Joint Chiefs of Staff.