The ICC and the plight of the Rohingya 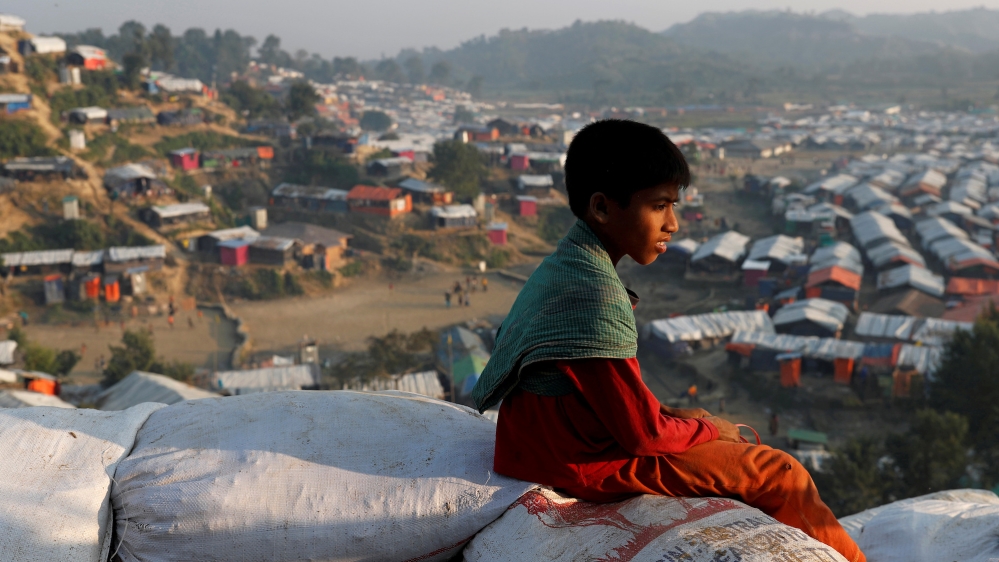 The prosecutor for the International Criminal Court (ICC) submitted a request to the judges of the court on April 9. In her application to the Pre-Trial Chamber, the prosecutor requested the judges to find that she has jurisdiction to investigate and, if necessary, prosecute the deportation of the Rohingya population to Bangladesh at the (likely) hands of the Myanmarese authorities.

The immediate background to this application goes back to August 25, 2017, when Myanmarese security forces launched a so-called “security operation” in northern Rakhine State against the Rohingya population. It is estimated that at least 6,700 Rohingya were killed between August 25 and September 24, 2017, including 730 children. Even though the scale of sexual violence is difficult to accurately assess at this time, thousands of women and girls were systematically raped and violated during the attacks. During the escalating violence and the attacks in August 2017, the villages, homes and property belonging to the Rohingya were destroyed and large sections of the Rohingya population were forcefully displaced from their dwellings and villages and fled to Bangladesh. As of March 2018, an estimated 836,210 Rohingya are now living in refugee camps in Bangladesh, the majority having fled for their lives following the August 2017 attacks.

That being said, a number of crimes committed against the Rohingya may arguably fall within the jurisdiction of the court, if it can be shown that their commission took place or continued into the territory of Bangladesh, which became a member to the court in March 2010.

In the case of the Rohingya, this state is Bangladesh. Following from that, even if the violence that led to the deportation of the Rohingya was perpetrated within the territory of Myanmar, the commission of the crime of deportation extended into Bangladesh as the crime was only established once the victims arrived. Therefore, the prosecution argues that the court may exercise jurisdiction as the crime would have been committed, albeit partially, within the territory of a member state.

As pointed out by a number of commentators, this is a highly compelling argument. Nonetheless, an important part of the argument may be missing. As Global Rights Compliance LLP (GRC) argue on behalf of their 400 clients – members of the Shanti Mohila (Peace Women) – deportation is not the only crime which is partially committed on the territory of Bangladesh against the Rohingya. In fact, three additional crimes that are within the jurisdiction of the court are currently being committed by Myanmar authorities within Bangladesh: apartheid, genocide and persecution.

It is crucial to underline at the outset that all four of these crimes, deportation, persecution, genocide and apartheid, are continuing crimes, meaning their commission rests on courses of conduct that exist and are prolonged in time, unless and until the perpetrator desists from their offending conduct and stops causing harm. For instance, if a perpetrator illegally imprisons a person, the crime does not end the moment the victim is imprisoned, it continues until the prisoner is released and once again allowed to enjoy their freedom. The same can be said for deportation, apartheid, persecution and genocide.

The crime of deportation is not limited to the flight of the Rohingya from their homes. As long as the deportees remain in Bangladesh and are actively prevented from returning their homes through the subsequent acts or omissions of the perpetrators, the crime of being deprived of their home continues. Further, if deportation is part of an overall persecutory campaign, then the Rohingya continue to be persecuted while living in the refugee camps in Bangladesh – not by the Bangladeshi government, who have offered them a temporary home – but by the Myanmarese authorities who continue to act in furtherance of their brutalising campaign. If these scenarios occur within the context of an apartheid regime that has institutionalised a regime of systematic oppression and domination of one racial or cultural group over another, then there can be little doubt that factually the crime of apartheid, not only continues to be committed in Myanmar, but is maintained by conduct partly occurring in Bangladesh.

There is clear and consistent evidence from a number of international organisations, including the United Nations (UN), and well-respected NGOs, that tends to the conclusion that the deportation of the Rohingya into Bangladesh is a part of the persecutory campaign perpetrated by the Myanmarese authorities and is committed within the context of the Myanmarese apartheid regime.

Since their deportation, the Myanmarese authorities have been actively implementing specific measures to ensure that the Rohingya are unable to return to their homes. The Rohingya continue to be subjected to an ongoing apartheid regime at the hands of the Myanmar security forces that persecute them while in Bangladesh and continue to deprive them of their fundamental human rights, most notably their right of return to their homes. In other words, these crimes continue within the territory of Bangladesh and would, thus, come under the jurisdiction of the ICC.

Further, as noted by several authoritative sources, genocide may be being committed in Myanmar. Indeed, the UN human rights chief Zeid Ra’ad Hussein has asked, “Can anyone rule out that the elements of genocide may be present?” Genocide may be committed through the deliberate infliction of conditions of life calculated to bring about the physical destruction of a national, ethnical, racial or religious group.

As a result of the acts committed against them in Myanmar, the Rohingya were deprived of their livelihoods and forced to leave their homes. They were effectively compelled by the Myanmarese authorities to undertake a long and perilous journey to Bangladesh without any personal belongings, food, water or access to healthcare. They faced further abuse on their path to Bangladesh as they have been systematically robbed and sexually assaulted by the Myanmarese security forces.

It is clear from the available information that the Rohingya have been subjected to the most horrific violence and abuse that is not limited to forced displacement and systematic destruction of their villages, homes, property and livelihoods but is replete with the most destructive of acts.

In a systematic manner, thousands of Rohingya men and boys have been separated from their families and killed. Having removed them, thousands more women and girls have been violently attacked and sexually violated in ways specifically designed to kill or leave them maimed and ultimately to destroy them and the wider group. The intentional infliction of these conditions extends the genocidal acts into the territory of Bangladesh.

In this sense, the commission of the crime of genocide has started in Myanmar, extended into the territory of Bangladesh and continues to be committed therein, meaning that it may come within the jurisdiction of the court.

The decision of the ICC judges will have crucial implications for the Rohingya, who have no other legal recourse under the current circumstances. The Rohingya are seeking justice for the crimes they have suffered and continue to suffer due to ongoing acts by the Myanmar security forces. Will the court live up to its mandate to put end to impunity for the most serious crimes of international concern and hear these demands for justice?

Joe Holmes also contributed to this article. He is a senior legal consultant with Global Rights Compliance LLP and a barrister with 9 Bedford Row Chambers in London.

The views expressed in this article are the authors’ own and do not necessarily reflect Al Jazeera’s editorial stance.