Here are the reasons for Trump’s economic war with China

Here are the reasons for Trump’s economic war with China 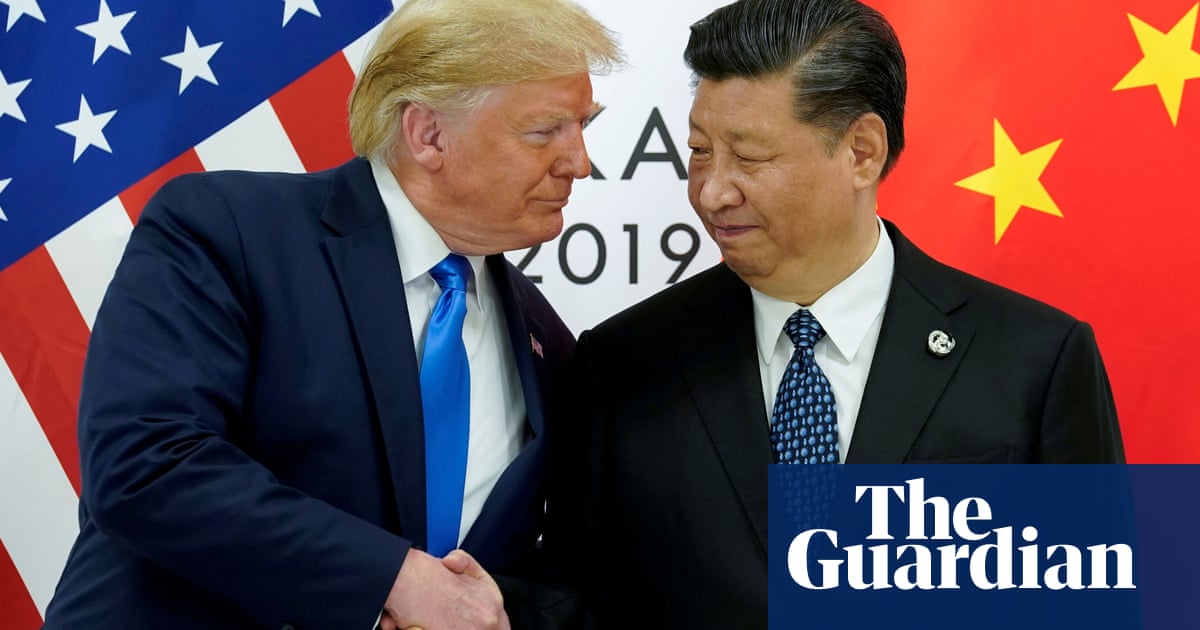 Even by Donald Trump’s standards his Twitter rant attacking China on Friday was extraordinary. In a series of outbursts Trump “hereby ordered” US companies to stop doing business with China, accused the country of killing 100,000 Americans a year with imported fentanyl and stealing hundred of billions in intellectual property.

The attack marked a new low in Sino-US relations and looks certain to escalate a trade war already worrying investors, manufacturers and economists who are concerned that the dispute between the two economic superpowers could trigger a recession.

Not so long ago Trump called China’s president, Xi Jinping, “a good friend”. Now he is an “enemy”. How did we get here?

On the campaign trail Trump railed against China accusing it of pulling off “one of the greatest thefts in the history of the world” and “raping” the US economy.

Trump repeated the word China so often it spawned a viral video of him saying it over and over again. The attacks were a hit with voters and helped get him elected. He has continued lambasting China – to cheers – at rallies ever since.

His main beef? The trade deficit.

That deficit has been growing for years as manufacturing has shifted to low-cost China and, according to Trump, it explains the hollowing out of US manufacturing.

For Trump, and especially for his adviser Peter Navarro, who once described China as “the planet’s most efficient assassin”, trade deficits represent an existential threat to US jobs and national security. China makes up the largest part of the US trade deficit but those fears are also behind his disputes with the EU, Canada and Mexico.

His detractors argue these deficit worries are hyperbole and a result of the US’s stronger economy, which allows consumers to buy goods at cheaper prices.

The truth is probably somewhere in between.

While it’s true that unemployment is at record lows and consumers continue to prop up the economy, manufacturing jobs have been lost (automation is also to blame for this) and with them wage growth (although the hollowing out of unions plays a part here).

But it is not just deficits that concerns Trump.

China has a deserved reputation for intellectual property theft. On Friday, Trump estimated China robs the US of “hundreds of billions” a year in ideas.

In March, a CNBC poll found one in five US corporations had intellectual property stolen from them within the last year by China.

According to the Commission on the Theft of American Intellectual Property, the theft costs $600bn a year.

Like Tesla, Nio, a Chinese electric vehicle (EV) company, is suffering as subsidies for EVs are phased out. Unlike Tesla, Nio has Xi. China is pumping $1.5bn into the company to keep it on the road, the latest in a series of handouts that the Trump administration believes are unfair.

Cheap steel and aluminium, subsidized by the Chinese government, are the origins of this trade dispute. According to the White House, last year alone China dumped and unfairly subsidized goods including steel wheels, tool chests and cabinets and rubber bands on to the US market.

To be fair the US too is more than willing to bail out its industries (see: the banks or the automakers) at the taxpayers’ expense. But at this point “fair” is not up for discussion.

Earlier this month the US officially accused China of manipulating its currency “to gain unfair competitive advantage in international trade”.

It was the first time since 1994 that such a complaint has been made official and comes as the dollar has strengthened against world currencies. The dispute adds another layer of tension to a complex situation.

China disputed the charge accusing the US of “deliberately destroying international order” with “unilateralism and protectionism”.

The International Monetary Fund (IMF) appears to be on China’s side, arguing the devaluation of the yuan is largely in line with worsening economic conditions in China.

The US has now slapped billions of dollars on tariffs on Chinese goods. China retaliated, again, on Friday with more levies on US goods. China’s economic growth has slowed to levels unseen since 1992; US economic forecasts have also been cut.

American farmers were the first to feel the result, as China has canceled orders, and manufacturers are increasingly gloomy. So far US consumers have not felt the pinch but JP Morgan estimates the average US household will end up paying an extra $1,000 a year for goods if the latest set of tariffs go through.

The unanswerable question is whether any of this will sway Trump. If his supporters continue to see a trade war with China – and the pain it will cause – as the necessary price to Make America Great Again, then the answer is probably no.