The Department is trying to facilitate and disseminate the knowledge of politics to the students from the dawn. The study 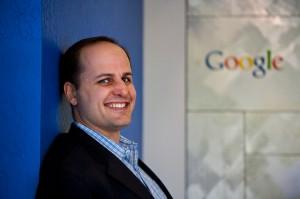 March was a good month for Google. Its market capitalization breached a record high $260 billion. Since its IPO in 2004, its shares have soared over 900%. The company’s success stems from its continuous innovation and it extraordinary management practices. Laszlo Bock, Senior Vice President of Google’s People Operations, talked to me on Thursday on the sidelines of The Economist’s Innovation Forum at UC Berkeley about Google’s innovation secrets.

Google has been keeping the pipeline of innovation going by tapping its employees and letting ideas percolate up, Bock said.

The company has a relatively small group of employees — more than 30,000 workers (excluding 20,000 it gained when acquiring Motorola Mobility). Google is smaller than Exxon Mobil (76,900 employees) and Apple (72,800). It is trying to create an arena where people can be brought together in surprising ways to innovate.

“We try to have as many channels for expression as we can, recognizing that different people, and different ideas, will percolate up in different ways,” Bock said.

Google Cafés, which are designed to encourage interactions between employees within and across teams, and to spark conversation about work as well as play.

Direct emails to any of the company’s leaders.

Google Moderator, an innovation management tool designed by Google’s engineers. The simple idea behind it is that when people have tech talks or company-wide meetings, it lets anyone ask a question and then people can vote up the questions that they’d like answered. Through Moderator, people can discover existing ideas, questions or suggestions, vote for ideas, questions or suggestions and see the aggregate votes to date, create a new series asking for ideas organized by topic, event or meeting. Google Moderator itself is one of Google’s infamous “20 percent” projects. By allowing its engineers to spend 20% of their work week on projects that interest them, Google is able to tap into the many talents of its employees.

TGIF: Google’s weekly all-hands meetings, where employees ask questions directly to the company’s top leaders and other execs about any number of company issues.

Google Universal Ticketing Systems, or ‘GUTS’, which is a way to file issues about anything, and is then reviewed for patterns or problems.

‘FixIts’, 24-hour sprints where Googlers drop everything and focus 100 percent of their energy on solving a specific problem;

Internal innovation reviews, which are formal meetings where executives present product ideas through their divisions to the top executives;

and a wide range of surveys.

“We regularly survey employees about their managers, and then use that information to publicly recognize the best managers and enlist them as teachers and role models for the next year. The worst managers receive intense coaching and support, which helps 75 percent of them get better within a quarter.”

Bock mentioned a survey called  ‘Googlegeist,’  which solicits feedback on hundreds of issues and then enlists volunteer employee teams across the entire company to solve the biggest problems.

“Personally, I believe this culture is an insight about the human condition. People look for meaning in their work. People want to know what’s happening in their environment. People want to have some ability to shape that environment,” he said. As a result, Bock said,  Google has cultivated a creative and passionate workforce that holds the key to the company’s innovation.

Any company can benefit from learning how to better attract and manage innovators, foster engagement, and ultimately lead to success.