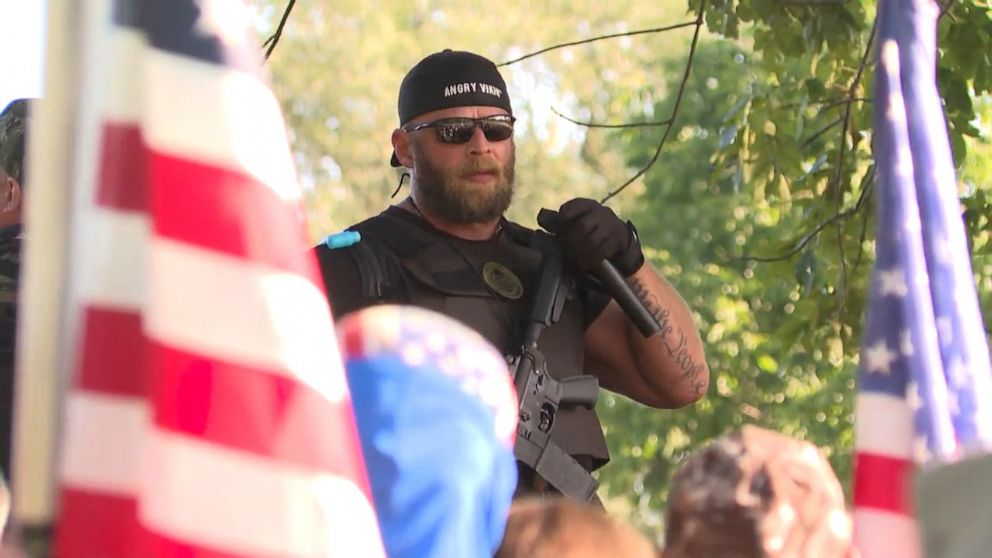 DENVER — People gathered at the Colorado state Capitol in Denver on Saturday to protest the filing of felony charges against several leaders of racial justice demonstrations.

Six protesters, including organizers of demonstrations over the killing of Black 23-year-old Elijah McClain in Aurora, could face years in prison over what critics say are trumped-up charges representing an attack on the Black Lives Matter movement.

McClain died in 2019 when police used a stranglehold to arrest him and paramedics injected him with an excessive dose of a powerful sedative. Prosecutors declined to file charges, saying the coroner could not determine exactly what caused the death and that they could not prove the level of force used was unjustified. His case received renewed attention following the killing of George Floyd by Minneapolis police in May.

Among the charges filed against some of the defendants Thursday are theft, for allegedly taking signs from counter-protesters, and attempted first-degree kidnapping, for involvement in a July 3 protest in which a crowd of 600 surrounded an Aurora police precinct with 18 officers inside, blocking doors with ropes, boards, picnic tables and sandbags for seven hours. The protesters demanded that two officers involved in McClain’s arrest be fired and charged.

All of the protesters — Lillian House, Joel Northam, Terrance Roberts, Whitney Lucero, Trey Quinn and John Ruch — face felonies brought by prosecutors in the 17th and 18th judicial districts, which cover Adams and Arapahoe counties, The Denver Post reported. The charges are connected to demonstrations held in Aurora on June 27, July 3, July 12 and July 25.

House and Northam were organizers for the Party for Socialism and Liberation, while Roberts is a well-known activist in Denver and Aurora and is co-founder of the Front Line Party for Revolutionary Action.

“Those arrested were movement leaders demanding justice for Elijah McClain, who was brutally murdered by the Aurora PD,” the Party for Socialism and Liberation tweeted Saturday. “They are facing heavy felony charges – an obvious frame-up aimed at stopping the movement. IT WON’T WORK.”

Both district attorneys declined requests for interviews, the newspaper reported. Dave Young, the district attorney in the 17th District, said in a news release said House, Northam and Lucero face attempted kidnapping charges because they “unlawfully and feloniously attempted to imprison or forcibly secrete 18 officers with the intent to force them or another person to make a concession to secure their release.”

Aurora police leaders contemplated sending in a helicopter to retrieve the officers from the building, but found that plan unfeasible.

“We support the First Amendment right of people to protest peacefully in our community but there is a difference between a peaceful protests and a riot,” Young said in a news release. “When individuals cross the line and break the law, they will be prosecuted.”

Arrest affidavits more than 30 pages long said investigators used recordings of livestreams, a transcript of a call between House and Aurora Police Chief Vanessa Wilson, and social media posts by protesters to build a case against those arrested.