The coronavirus stopped communal Muslim prayers for the first time in living memory in many mosques from Indonesia to Morocco on Friday, but in some places, believers defied medical advice to join together in worship.

In Islam’s holiest sanctuary in Mecca, the usually crowded courtyard around the Kaaba in the Grand Mosque, towards which all Muslims pray, was silent and empty.

At Riyadh’s Al Rajhi Grand Mosque, only the imam, the muezzin who sings the call to prayer, and other staff were praying inside instead of the thousands who normally attend.

“This feeling is indescribable … the minarets are crying. The mosques were once full of worshippers,” said the muezzin, Nasser Mohammed, weeping. 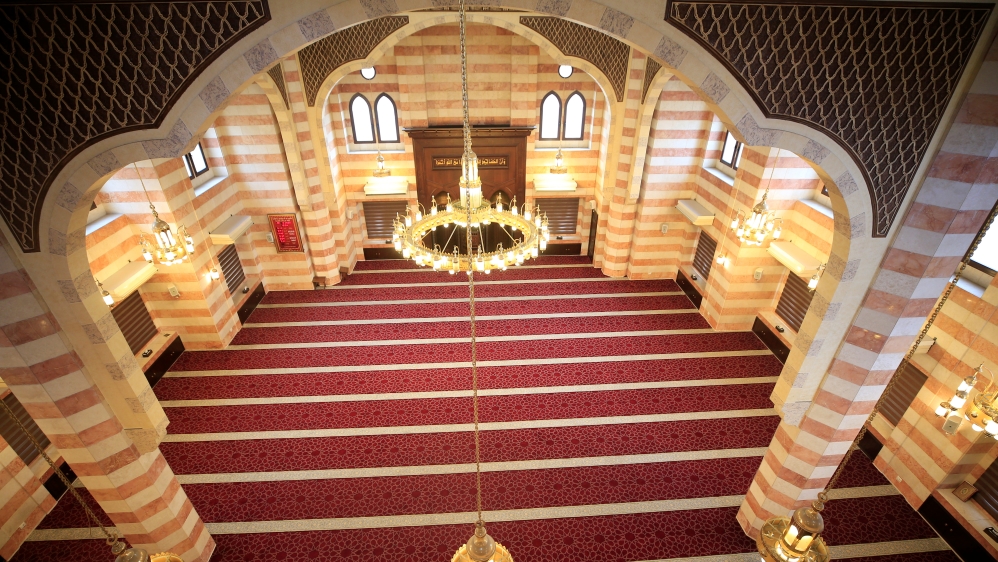 A view of an empty mosque as Friday prayers were suspended at mosques to prevent the spread of coronavirus in Sidon, Lebanon [Ali Hashisho/Reuters]

The Blue Mosque of Istanbul, with its pencil minarets and cascading domes, Jerusalem’s Dome of the Rock under its gilt roof, and the huge Hassan II Mosque in Casablanca with its ornate square minaret had all shut their doors.

But in Karachi, Pakistan’s biggest city, mosques were crowded as a religious scholar told his congregation via loudspeaker: “We are not too weak to let this one virus empty our mosques.”

Elsewhere, Muslims flocked to mosques from Cairo to Mogadishu, whatever the risks.

“I am not telling you to reject the preventive measures, but there is too much exaggeration of coronavirus,” Sheikh Abdi Hayi in Mogadishu said in his sermon, as people prayed on the street, unable to join the throng within.

Prayer is one of the “five pillars” of Islam, performed five times a day by the devout, but enjoined as a communal activity only at noon on Fridays.

But as the pandemic spread, some governments suspended communal prayers or closed mosques entirely, leaving many of the world’s 1.6 billion Muslims to pray at home, at work, in parks or in the street.

A religious gathering in Malaysia last month, attended by 16,000 people, generated 670 cases of COVID-19, the disease caused by the coronavirus, in four countries in Southeast Asia. Weekly prayers were later called off in Malaysia.

Crowded shrines in Iran, drawing pilgrims from that country and Shia Muslims from other nations, helped accelerate the spread of one of the largest outbreaks of the coronavirus so far.

‘I’m not running away from corona’

Many Muslims in the Indonesian capital Jakarta prayed at home, and Southeast Asia’s biggest mosque, the Istiqlal, stopped prayers.

Its imam, Nasaruddin Umar, cited an edict from the country’s clerical council. “There’s enough of a reason to avoid such religious gatherings,” he told a news conference. 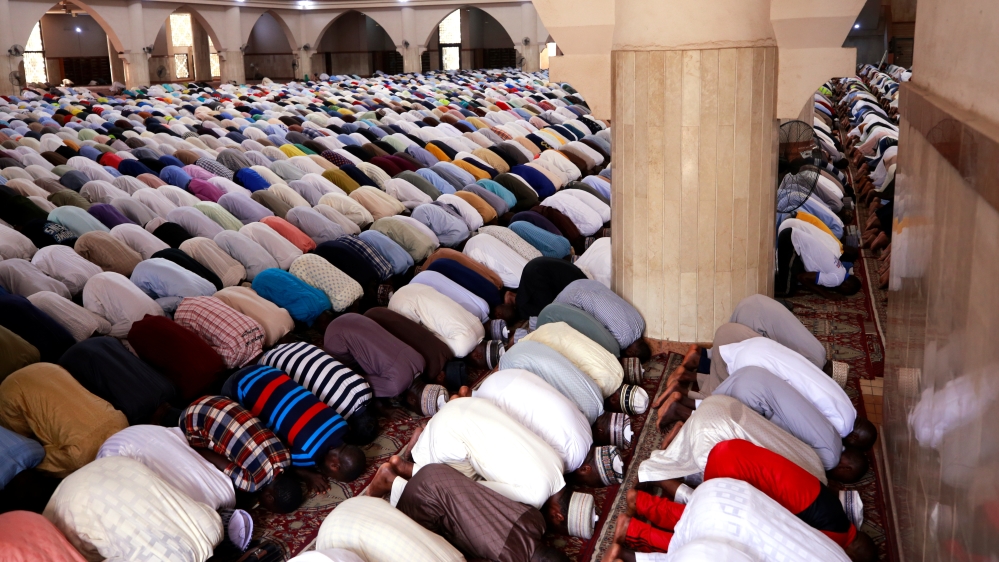 However, elsewhere in the world’s most populous Muslim country, people crowded into their mosques.

“Allah is protecting those who abide by their obligations,” said Aswin Jusar, 76, in the town of Depok, south of Jakarta, as he prepared to attend a Friday prayer despite a call from the mayor for religious activities to be suspended.

Outside the Fatih Mosque in Istanbul, named after the 15th century Ottoman sultan who captured the city from the Byzantine empire, 85-year-old Mustafa Emin Ozbakan stood bereft.

He has been praying there since 1941. “I’m not running away from corona. Even if I ran, if death is in your destiny, you can have a traffic accident or die some other way,” he said.

In Cairo, where mosques stayed open, religious authorities urged imams to shorten sermons and prayers and said the faithful should perform their ritual ablutions at home.

But Mohamed Mosleh, a 31-year-old praying at the Al-Azhar Mosque, said he was not concerned.

“Why should I be afraid to go out, shop, work, pray or go anywhere else? But only after taking precautions, taking care of my hygiene, and all those rules that Islam dictates,” he said.

But from Morocco to Libya, governments have shut mosques, a step never taken before even in times of war or revolution.

Some mosques broadcast an altered version of the call to prayer, exhorting the faithful to stay at home.

An Algerian expert in Islamic law, Mohamed Mouloudi, said it was the right decision: “Islam promotes life, not death.”

In Jerusalem, where the Dome of the Rock and the neighbouring al-Aqsa have closed, scholars allowed prayer in the sacred compound that contains the two mosques. Some worshippers scuffled with Israeli police, who tried to limit the numbers.

In Syria, already stricken by war, the Ummayad Mosque in Damascus closed for the first recorded time in more than 1,000 years.

Buthaina, 44, who had prayed there for years, felt as if she had lost her home. “I don’t want to leave. I just want to sit here a bit,” she said after praying outside.

“We, as Muslims pray to God to help us overcome this disaster because as you can see, we are praying on the verandas, all the mosques are closed,” said worshipper Abdalla Hakim