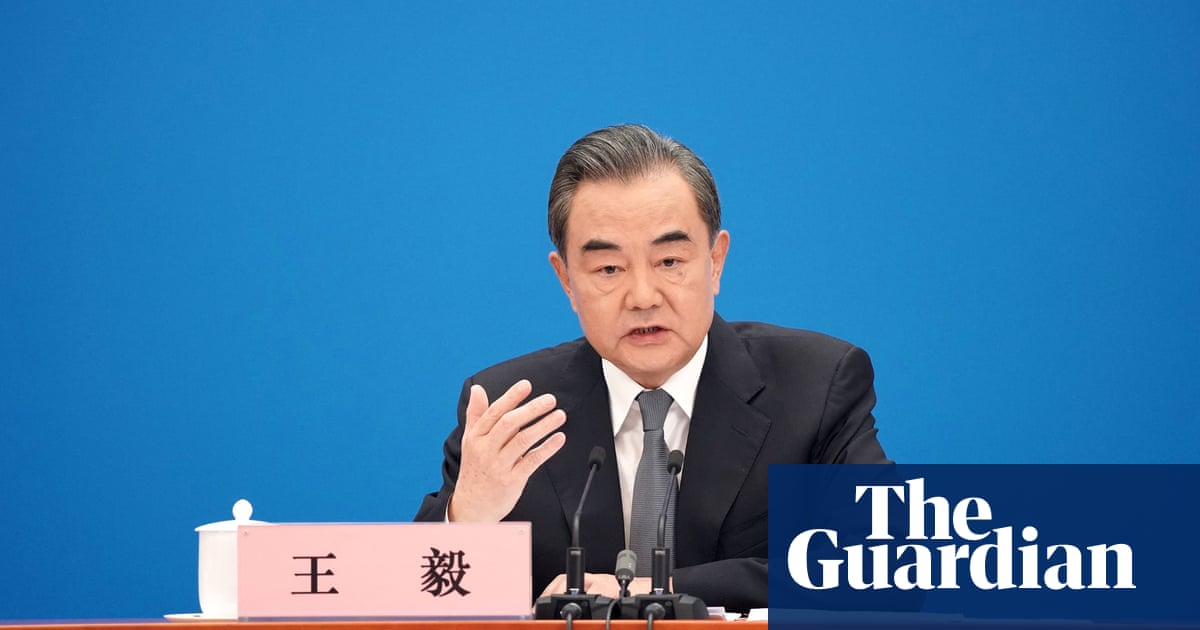 The prospects of a trade war between China and the western economies ratcheted up on Sunday as Beijing accused the US of pushing relations towards a “new cold war”.

“China has no intention to change, still less replace the United States,” China’s foreign minister, Wang Yi, said on Sunday in the latest escalation in tensions between the world’s two largest economies. “It’s time for the United States to give up its wishful thinking of changing China and stopping 1.4 billion people in their historic march toward modernisation.”

He said US political attacks on China over the coronavirus and global trade matters “are taking China-US relations hostage and pushing our two countries to the brink of a new cold war”.

Relations between the UK and the US have also soured as a string of Conservative politicians pressed on Sunday for tighter controls to protect struggling UK companies from Chinese takeovers, and the UK announced an emergency review of the deal to allow the Chinese telecoms firm Huawei to help run the forthcoming 5G mobile network.

Britain’s National Cyber Security Centre is expected to conclude that recently announced US sanctions against Huawei will make it impossible to use the Chinese company’s technology as planned.

A government spokesman said: “Following the US announcement of additional sanctions against Huawei, the NCSC is looking carefully at any impact they could have to the UK’s networks.”

Last week Boris Johnson was forced to give in to to Conservative backbench rebels opposed to the presence of Huawei in 5G networks. The prime minister said he was drawing up plans to reduce the Chinese company’s involvement to zero by 2023.

Over the weekend, a series of well-known Conservative MPs added their voices to the debate by either writing or tweeting newspaper articles about the UK distancing itself from China. The MPs included former leader Iain Duncan Smith, former defence secretary Liam Fox and Tom Tugendhat, the chairman of the Commons foreign affairs committee.

Writing in the Sun on Sunday, Fox said: “China is at a crossroads and needs to decide whether it truly wants to become a partner in the global community or take the path to becoming a pariah state.”

Tugendhat argued in the Financial Times that “time is running out” to accelerate new legislation designed to make it harder for state-owned companies from countries such as China to take over struggling UK firms.

“Britain needs to bring its laws on foreign ownership in line with partners,” he said. “The Committee on Foreign Investment in the United States provides one model that gives the government discretion and dissuades many inappropriate buyers before a veto is required.”

The issue of Huawei’s involvement in the UK’s 5G network has long been controversial in the US as well as Britain.

Excluding Huawei from the UK’s 5G network would amount to a hasty reversal of a policy announced by ministers in January to limit Huawei to 35% of 5G network supply, and risks irritating China and adding hundreds of millions in costs for BT and other phone companies.

The debate in the UK came as Wang told a press conference on the sidelines of National People’s Congress meetings in Beijing: “Regretfully, in addition to the raging coronavirus, a political virus is also spreading in the United States. This political virus is using every opportunity to attack and smear China.”

The debate over trade has intensified as the economic fallout from the coronavirus pandemic becomes clearer.

According to a paper published by the World Economic Forum on Sunday, the value of Chinese exports fell by 17.2% year on year in the first two months of 2020, while imports slowed by 4%.

The research added: “Major industries have suffered at the hands of Covid-19, with nuclear reactors, electrical machinery and equipment, plastics and organic chemicals among the worst affected … Globalisation will work best through the adoption of a strong international cooperation network.”

The battles over world trade were further complicated by China’s proposed national security legislation for Hong Kong, which could prompt US sanctions and threaten the city’s status as a financial hub, the White House national security adviser, Robert O’Brien, said on Sunday.

“It looks like, with this national security law, they’re going to basically take over Hong Kong, and if they do … Secretary [of State Mike] Pompeo will likely be unable to certify that Hong Kong maintains a high degree of autonomy, and if that happens, there will be sanctions that will be imposed on Hong Kong and China,” O’Brien said on NBC’s Meet the Press.

*RELATED Video(s) to your this interest, Tap the Image to Retrieve the Video. Some times you won't see any related video(s) for youtube API & Quota issue, or some times you see video(s) unrelated. please excuse the drawback while such stuff happens.

Shop from amazon Deals and Promotions